Skip to content
Home/Climate Change, Eco Travel, Environmentalism/Five Places to Visit Before They Disappear Due to Climate Change

Five Places to Visit Before They Disappear Due to Climate Change

So, you’re getting ready to plan your annual vacation. You’ve reached a place on the postconsumer scale where you want to avoid cruises, theme parks and the other consumer vacations that are the worst vacations for the planet.  You may or may not think that eco-travel is really eco-friendly, and you may or may not care about visiting an eco-travel destination. Maybe you’re just stumped about where to head on your vacation and you’re not at all concerned with eco-issues. So how do you decide where to go? We have a suggestion of course! Why not base your destinations on places that future generations may not be able to travel to as they disappear due to climate change.

Yes, it’s true. There are places on earth that simply won’t be here in a generation or sooner as the changes to the climate and therefore to the makeup of planet earth tragically remove them from existence altogether. We’re not going to get into the (silly and redundant) debate about whether climate change exists or what the cause of it is. But it’s an undeniable fact that changes in the planet that are a direct result of changes to the climate are leading to the natural destruction of some amazing potential travel destinations. So you should get out and visit them now! Where should you head? Consider all of the following. 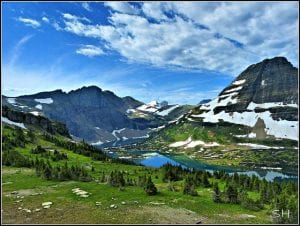 This one may be gone quickly, so we suggest you pack up your gear and head there immediately if you want to make sure that you have a chance to stand on one of the last remaining North American glaciers. Just a century ago, there were approximately 150 glaciers in this national park. When the last glacier count was taken in 2005, only twenty-seven (yes, 27!) were left. We don’t need to state the obvious and say that this rate of decline is rapid and unprecedented. In fact, it’s expected that the park will be glacier free as early as 2030. We’d suggest you move this rapidly fading national treasure to the top of your “get there” list … quickly. 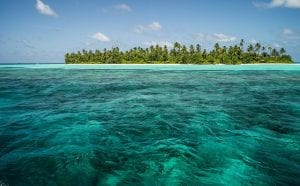 Since the 1970s, the Maldives have primarily been known as one of the lushest, most remote and exotic places to visit for a luxury beach and island resort vacation. But while the Maldives are gorgeous and truly a marvel to visit, the archipelago is also the lowest lying country in the world. The nation is only an average of four feet higher than sea level, which means that at current rates of the ocean rising, the Maldives will also likely be the first nation to be swallowed underwater becoming a modern era Atlantis. We’d suggest you visit before the only Atlantis theme left is the bad resort chain. 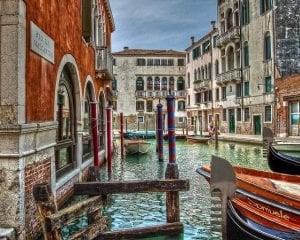 The woes of Venice aren’t all due to climate change. After all, if you build a city on top of a water feature and rely on canals to navigate through your entire area, you’re certainly eventually going to experience some structural challenges. But increasing water levels and severe weather are hastening the demise of the city. Needless to say, as the water level rises (as it is everywhere), the city becomes less tenable. Contributing to that is the increase in severe floods where water levels can rapidly rise as much as several feet. The idea of Venice was never one that could last forever, but climate change could strip you of the chance for a gondola ride anywhere outside of a Vegas casino sooner rather than later. Make your travel plans now.

Get Diving: The Great Barrier Reef 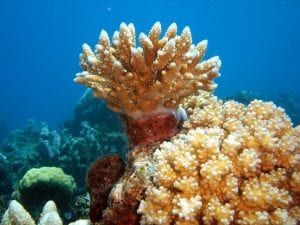 Ocean acidification essentially works to kill the coral that is at the center of the eco-system for virtually all coral reefs in the world. While it’s not only Australia’s Great Barrier Reef (which, incidentally, is so big that it can be seen from outer space) that will eventually fall prey to the impact of rising temperatures that lead to ocean acidification that leads to dead coral, the Great Barrier Reef is the largest and most famous reef whose loss will be the most felt. It’s time to go down under while there’s still time. 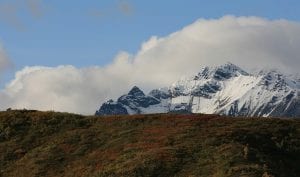 It’s no secret that the parts of the planet that are being impacted the most by climate change are in the arctic and far northern hemisphere. In fact, global warming heats up the arctic twice as fast as it heats up the rest of the world. While northern Alaska likely isn’t going to disappear, as its permafrost continues to melt the eco-system and landscape of the northern tundra will also drastically alter. Think four seasons and blooming flowers rather than last remnants of the snow caps. If you desperately want to see the tundra and wildlife (in its wild form) as it is and always will be in the romance of literature and nature, you should make a point to get there before it becomes another meadow of peonies.

Did we miss a place that you should visit before it disappears due to global warming that you want to share with us? If so, just tell us about it on one of the social media channels below.

By Postconsumers Content Team|2021-05-24T19:24:46+00:00July 2nd, 2015|Climate Change, Eco Travel, Environmentalism|Comments Off on Five Places to Visit Before They Disappear Due to Climate Change